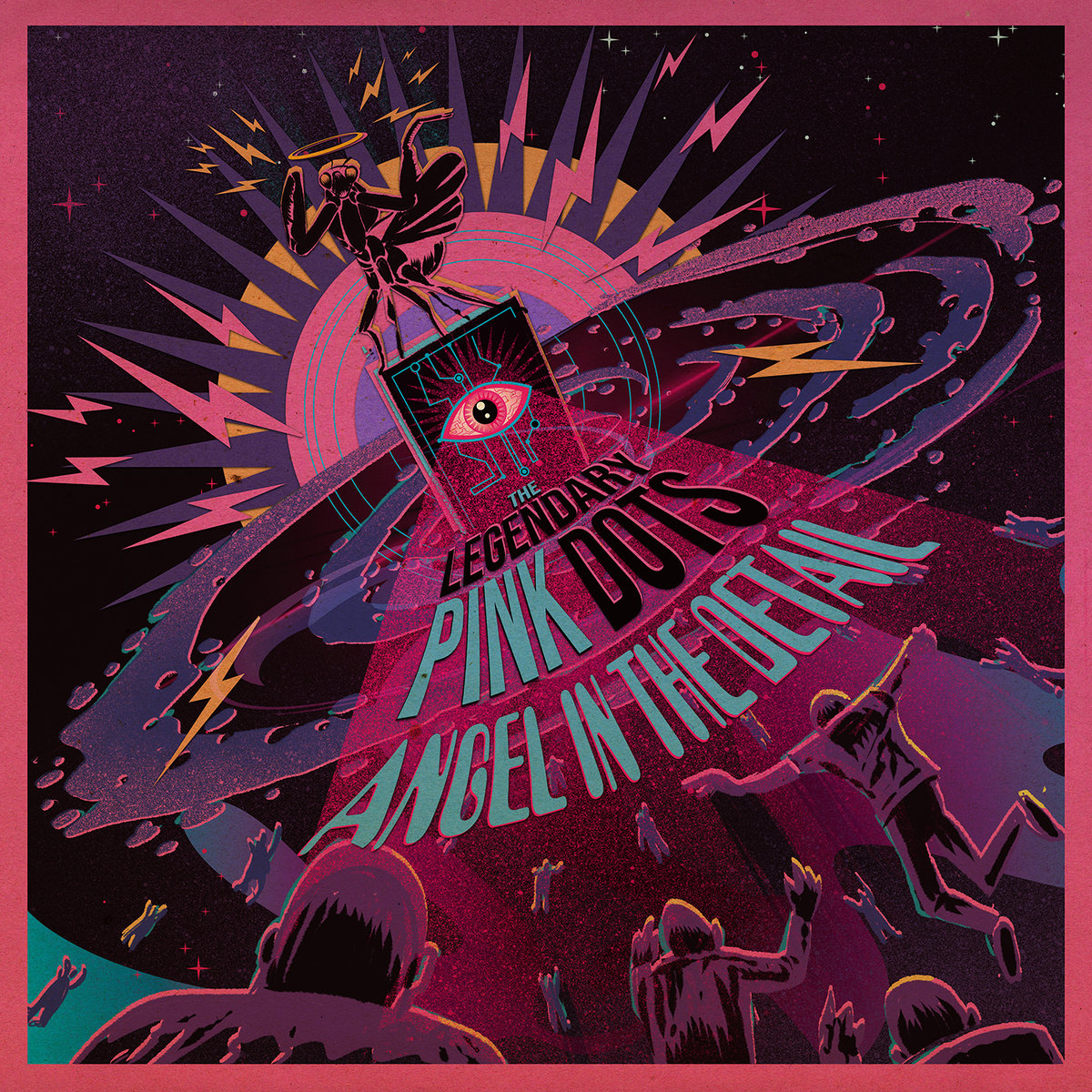 The Legendary Pink Dots are a highly prolific band who have changed their style and line-up many times over the years, but always stayed somewhere in the greater realm of “psychedelic” music, while also incorporating elements of darker genres like (Post-)Industrial or Darkwave. Throughout the 2010s they seemed to have settled on a rather consistent style with slow, spacey soundscapes dominated by electronic sounds, with some guitars thrown in for good measure, often with interesting effects applied.

After releasing something between 60 and 70 studio albums (the number varies depending on your definition of an album) since 1980, with at least one album of new material coming out every year from 2012 to 2016 (in 2015 it was five new albums plus four albums of archival material), they took a bit of a hiatus (if you can even call it that, they still released some EPs, and we got some Edward Ka-Spel solo material as well).

Their fans had to wait until this year for a full-length album of entirely new material, and it arrives right in time for their 40th anniversary next year.
According to the Legendary Pink Dots Bandcamp page, the band indeed spent two years on making the album, which is unusual for them – they’ve recorded a whole album in four days once (and aptly named it Four Days, and it’s a decent album but a rather deep cut. I wouldn’t recommend if you’re new to their discography).

The album shows a new, more Pop-influenced side of their music, but it is still very much an LPD album with Edward Ka-Spel’s distinctive vocals delivering often cryptic lyrics, accompanied by lots of electronic sounds, various samples and some processed guitars. It sounds very clean and modern, but still gritty – I would go as far as to say it’s their best produced album of the decade so far.

To my surprise the songs are more beat-oriented, and conventionally structured (for LPD standard at least), with not much of the spacey psychedelic Ambient parts remaining. Throughout the album there are sampled saxophones, strings, voices, processed guitars, field recordings and some groovy rhythms. Some songs are straight up Psychedelic Pop with a verse-chorus scheme, like the opener and the incredibly catchy „Junkyard“. The songs still wander into unexpected territories at times – it’s LPD after all. The epic closer „Red Flag“ is divided into two verses with a collage-y instrumental section in between, where the Dots really showcase their creativity, using spacey synthesizers, mechanical sounding staccato strings and a sampled female voice.

The first part of the sixth song „My Land/Parallels“ is probably the weirdest on the album and unlike anything they’ve done before. It starts with a cacophony of synthesizers, brass and flute samples playing sparse disjointed rhythms, which wouldn’t feel out of place on an Autechre album, and repeatedly explodes into a brass swell paired with electronic sounds, while never completely releasing the tension it creates. Instead, at the end, it just dissolves into a creepy Dark Ambient instrumental with eerie synths, strings and animal noises, before transitioning into the second part, where Edward Ka-Spel tells a story about escaping an apocalypse over sparse electronics and guitars.

As expected, not much remains from their Psychedelic Rock times (after all, their current lineup includes only two keyboarders, with one also doing vocals, and one guitarist). „The Photographer“ is the only guitar driven song on the album – a slow ballad with a resigned sounding Edward Ka-Spel telling a story about someone who seems to have seen it all (and took pictures of it).

The lyrics are in usual Dots fashion often rather cryptic and hard to interpret, and not without some humour. There literally is an Angel in the detail here: As the Bandcamp description states, the album title is about not giving up hope even in dark times. Lines like “And it’s all been so long since we nurtured a cause, cos the cat stole our tongues…and I can’t find a torch” (from Red Flag) seem to be fitting here, and remind me of their surreal 90s output.

Overall the lyrics seem to be less personal than on their previous 2010s output, and often seem concerned about the future of mankind, sometimes rather obviously dealing with apocalyptic scenarios or at least implying them (e.g. „Double Double“, „Itchycoo Shark“, second part of „My Land/Parallels“). Some topics were quite surprising and unusual.
For example, Double Double tells a story about having some sort of robotic doppelgänger that obeys one’s command and executes unpleasant tasks, while you can watch from a safe distance – something that would certainly be useful for some situations but could create awkward situations, something that has surely been covered in various movies.

„Maid to Measure“ sounds like an advertisement for buying an artificial romantic partner, with tips on how to handle “her”, delivered by Ka-Spel in a very sweet, playful voice, but not without a creepy undertone, which becomes more apparent in the end: the „maid“ is invisible in the mirror.
Overall it is a quite colourful, but also quite dark album, with some rather creepy moments. Just look at the album art and you’ll get an idea of how it sounds.

The Legendary Pink Dots have created a late career masterpiece that proves the band still has plenty of creativity left and is not interested in sticking with the same sound for too long. I had high expectations for this album, and luckily, they were more than fulfilled. I look forward to whatever comes next from the band – and knowing the Dots we probably won’t have to wait for too long until the next release.

The Legendary Pink Dots will be playing the Replugged in Vienna on February 16th 2020 as part of their 40th anniversary tour, as usual, hosted by Viennese extravaganza Liccht. See you there!
All infos here!