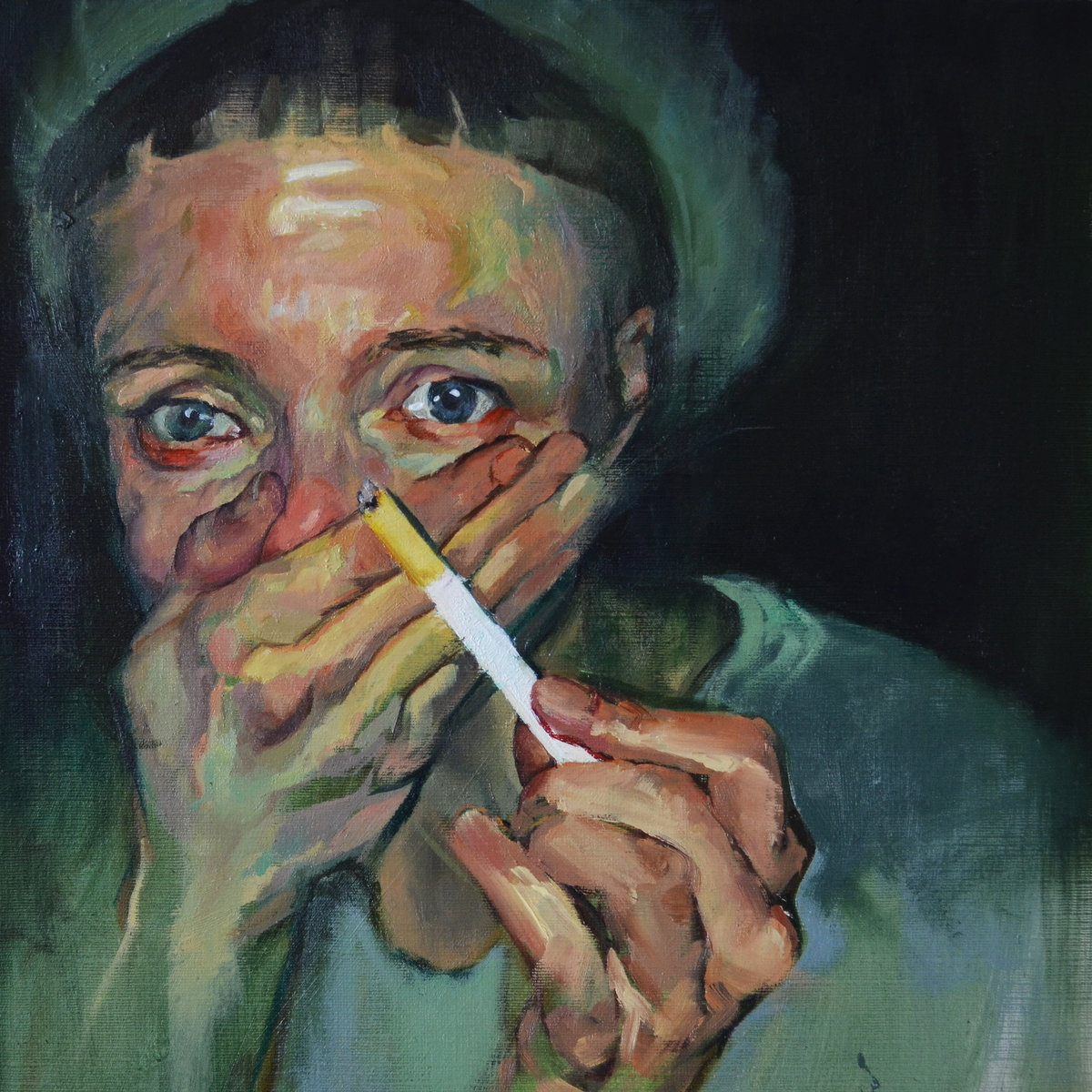 Giant Swan have only been around for a few years – their self-titled debut EP came out in 2015 – but are already known in Industrial Techno circles for their energetic live shows, where the British duo apply effects to their voices in order to create distorted, mechanical soundscapes. Their also self-titled release Giant Swan marks their first full length album.

In the intro to the opening track, “55 Year Old Daughter” it is clear that they finally used the live approach on their studio work. The vocals are all over the album – stuttering machine gun voices, heavily reverbed pad-like voices and short yells. They blend in quite well with the genre-typical metallic synths and heavy beats.

But don’t be fooled, this is not just a straightforward Techno album. After the first two tracks, which are rather typical for the genre (besides the vocals of course), we get some more atmospheric, almost (Dark) Ambient-leaning tracks, that come without heavy, pounding Techno kicks.
For example, the third track “’I’ As Proof”, blends slow, rhythmic synthesizer sounds with manipulated sung vocals, which are eventually joined by some background percussion that sounds like a ping-pong ball hitting an object.

On the fourth track, “Pan Head”, things get changed up a bit. The song utilizes kick drums and hi-hats in syncopated rhythms instead of genre-typical the four-to-the-floor pattern- which has been done before by other acts, but it is always nice to hear. Repetitive rhythms are counteracted by a cacophonous collage of metallic sounds. Tracks 5 and 6 continue the trend of more abstract and atmospheric songs with prominent drums accompanied by metallic reverbed vocal and synth chaos. The distorted vocals sometimes remind me of radio transmissions, like on track 6. The reverb and delay give the impression of floating through the air.

“Weight Of Love”, the seventh track on the album, brings back the typical pounding Techno kicks, again accompanied by chaotic soundscapes, but the next track, “Peace Fort 9” (did they intentionally put it as eight track to mess with me?), goes into more atmospheric realms again. Eerie vocal drones are joined by – you probably guessed it – more metallic clanging. The song never picks up any kind of steady rhythm though, it just drifts along.

The last track is particularly interesting, as it lacks a steady rhythm. Instead, it starts with unaccompanied chant-like deep vocals that are eventually joined by atmospheric metallic soundscapes.

Giant Swan delivered a very solid debut album that shows them adopting the rather unique style of sound design known from their live performances, as well as experimenting with more atmospheric styles of music. It’s quite fun and quite varied – the duo are showing off their creativity here. If you’re interested in harsher styles of electronic music, don’t miss out on this one!