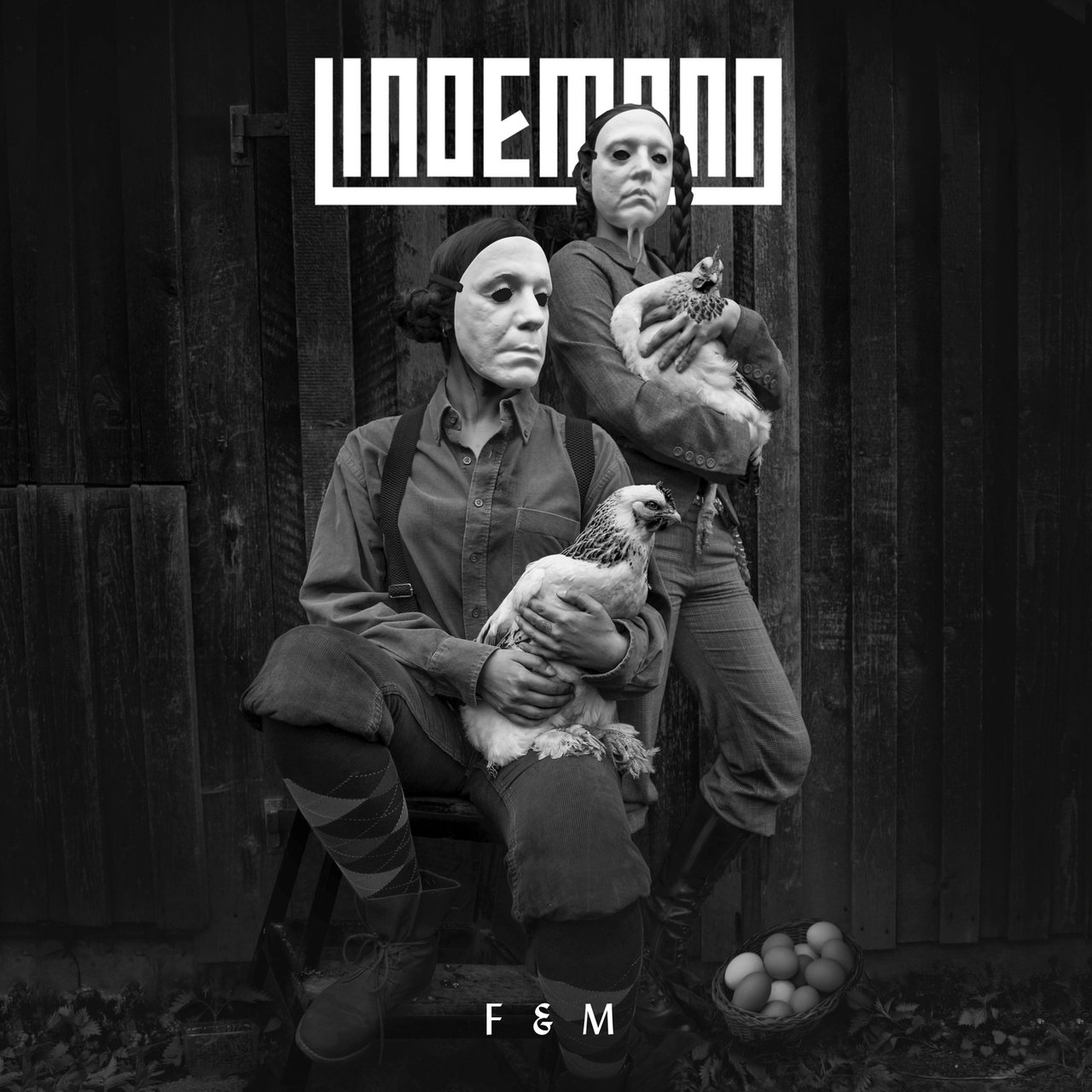 2019 marked the year in which one of the most important German bands of the last decade made its expected return. With their untitled release, Rammstein put themselves back at the centre of public discussion and despite some mixed criticism, the record was very well-received amongst the fans and the music community in general.

A new instalment of the side project of the band’s front man also started being teased since last year with the release of the unexpected single “Mathematik”, a trap-influenced track that left everyone wondering what the new project would eventually sound like. However, and even when the most die-hard metalhead’s fears didn’t come true, F & M ended up somehow being a disappointment.

In first instance, both Mr. Lindemann and Mr. Tägtgren decided to forego the use of English for the lyrical content, which in on itself presented the possibility of more interesting lyrics and Till’s already renowned penchant for wordplay. All good there. Nonetheless, this capacity was not exploited to the max; most of the lyrical work remains in the realm of topics usually explored by the pair and, moreover, the use of uncomplex structures that even non-native German speakers can easily grasp.

The former shouldn’t have to necessarily be a disadvantage if the right instrumentation were at play, but the exploration in the sonic department is also lacking. Even though one can hear flashes of “greatness” –and of what this record could’ve been– in some tracks, most of them follow a very traditional, non-risky structure; both the entry track and its follow-up, “Ich weiß es nicht”, suffer from this as they focus on uninteresting guitar riffs and repetitive refrains.

Now, even when one would like to refrain from comparing this project to Rammstein, it’s almost impossible, especially when the beat of a song like “Allesfresser” and the rhythmic structure of “Frau und Mann” are so similar to those of Rammstein’s “Pussy”. These comparisons don’t stop there; the chorus of “Platz Eins” holds a not-so-vague resemblance to R+’s emblematic “Tier”. However, “Platz Eins” has much more to show for itself, as it focuses greatly on the electronic elements, as opposed to doing so in guitar riffs, giving the track at the very least a much richer dimension. The three ballads of the record are another misdirected shot, where regardless of how much effort Tägtgren put on the orchestral arrangements, “Schlaf ein” still sounds like a deficient cover of “Roter Sand”.

But not everything is bleak. Perhaps one of the most interesting tracks is “Knebel”, an apparently acoustic-based song that transforms into something completely different and providing lyrics that have interesting depth, leaving enough room for interpretation, allowing one to go as far as to call it a veiled critique on misogyny –one that is even more evident after watching the official video. “Ach so gern” is another slightly puzzling track that plays with the base of a tango just to add some mandolin and Spanish guitar here and there, that end up turning it into a fun experience, made even more ironic after paying attention to the lyrics that narrate the story of a serial “Don Juan”, as toxic and violent as they come.

Arguably, “Gummi” is the track that feels the most Neue Deutsche Härte of the record, followed closely by “Allesfresser”; in both, the synth elements are present enough in a way that enriches the track instead of making it feel clogged, and where the riffs aren’t there just to keep the metal fanbase still entertained.

All in all, one could say F & M feels a tad like a train wreck, not because of its power and energy but because of the way it is put together. The songs come one after the other in rapid succession, up to the point in which it becomes a little hard to follow the flow, and not only because the succession is too fast, rather because it doesn’t make much sense. The album also suffers from what I like calling the “Jack White syndrome”, where an artist starts a project seemingly independent from their main one, just to end up doing a very similar thing to the one they were primarily doing.

However, this in no way suggest that F & M is an unlistenable record; the album has its fair share of fun moments and catchy refrains, yet it’s nothing ground-breaking. I’d even conclude that the bests songs are those in which the artists say fuck to all the expectations and actually dare to experiment, regardless of what a niche fanbase might say about it. And for two people of the artistic stature of Till Lindemann and Peter Tägtgren, it should be almost criminal not to take that chance.