Melissa Danas is a Fulbright Scholar and professional horn-player. In our interview she talks about the challenges the music industry is facing during the pandemic, presents recent projects and gives advice for artists suffering in this current situation.

You recently published The International Horn Project. What is it and how did you get the idea?

During Lockdown, I was semi-stranded in Switzerland, longing to make music with colleagues again. Very much inspired by the mountains I was surrounded by, I thought of the origins of the horn (harkening back to the Alphorn), which has been used for centuries as a means of communication and as an expression of hope across the seemingly insurmountable boundaries of the Alps and the valleys below them. I wanted to evoke the horn’s power to call out and connect across great distances. In the end we were 16 horns from the top orchestras around the world, representing almost every continent, which was really amazing. We worked with Avishay Shalom (a fantastic conductor) who arranged Mendelssohn’s Abschied vom Walde for our horn ensemble. Everyone was incredibly enthusiastic and put in a lot of effort, on a volunteer-basis, representing their homes and local orchestras. In the end, it was a powerful expression of solidarity and unity in our current situation — across closed borders, across a closed world — affirming the endurance of music in spite of the obstacles created by the pandemic.

How did you find a way to arrange tapes from all over the world into this matching piece of art?

Each hornist recorded themselves individually at home (for the better acoustic) and then filmed themselves playing on location. For some people, especially in the US, going outside was legitimately impossible, so they played at home and we added footage of the city they were hailing from. For me it was also important to showcase the concert halls of each hornist, because these spaces really become like a second home for us. Normally they are so filled with life, but I wanted to show their emptiness to add further contrast between what we were expressing as musicians in the film and what the actual situation was (and still is) around the world. To add all of these musical excerpts together, a dear friend of mine and fellow horn-player, Gal Guttman, helped to sync it all up into a single track as though we were playing together in the studio. If you know anything about the horn and its overtones, this is no small feat, even when you are actually in the studio! We’re really proud with what he accomplished. The film itself was spliced together by my cinematographer friend and I, and all of this took place remotely (there were many phone-calls and emails [laughs]). It was much more challenging to accomplish this without being in the same room, but then again, the very nature of the project wouldn’t have been conceived if we had that capability.

What projects are you currently working on?

I am in the process of starting my own ensemble with conductor Gaetano Lococo, called Ensemble Ultreia. The term originates from a pilgrim salute typically heard on the Camino de Santiago, literally meaning “beyond” in Latin, but it has a deeper meaning of encouragement to go further, to really go beyond. That is very much the embodiment of the ensemble, which is composed of like-minded, passionate people committed to revitalizing the performing arts and carrying classical music further into modernity. My mission is to adeptly fuse the arts together in order to bring a multi-media concert experience to audience and performers alike. Our first performance is on December 8th at the Wiener Konzerthaus! At the moment, I am launching a Patreon in order to raise sufficient funds for the larger projects with the ensemble that I have in mind. It will also have a blog component where I interview other artists like myself, to give an in-depth look of the more unconventional, entrepreneurial classical musicians out there who are doing more than just the typical conservatory „auditions-big orchestra job-burnout“ model that is no longer viable in today’s climate. My brass colleague, trumpeter Damaris Richerts and I are also in the process of cataloguing and bringing to life a massive volume of works by female composers that has largely been overlooked or has descended into obscurity because of the patriarchy.

What is inspiring you in your work?

My inspiration is limitless, really. Of course I am inspired by friends and colleagues, books I read, exhibitions I attend, etc, etc, inspiration comes from everywhere. I truly believe that the universe is always trying to communicate with us, and we have to know how to listen, to be open to that dialogue, because it can come to us in the least expected moments. Right now, I am drawing a lot of inspiration from some colleagues that have a similar “vibe” as I do. They are also curating a lot of their own projects, and it feels great to be bouncing ideas off one another, the energy is really great. It is vital to think and dream beyond what already exists in this world, and if you’re not around people who are this way—the dreamers—you will start to doubt your work, to think that things aren’t possible, that your ideas aren’t feasible. I am also drawing a lot of inspiration by the complicated situation of the world right now. In the Lockdown, I felt completely backed into a corner with no way out. For me as an artist, sometimes that’s the best place to be, because it ignites my creativity. How can I make this work? What is a way out of this? How do I solve this problem?

What is your work environment like, especially as a woman?

The archetype of the female brass player is still not as common in 2020 as it should be. This discrepancy manifests itself differently across the globe, but the standard always comes back to a necessity to “work twice as hard as the boys and be twice as good” just in order to be on equal ground. That being said, it has gotten phenomenally better over time, but it still has a long way to go. Classical music is still a very conservative, privileged field in many ways (especially regarding racism and classism as well!) and tends towards being rather exclusionary. As a woman and as a native New-Yorker, coming to Vienna was a bit of a shock for me. I realized very quickly that I could never put myself in a small enough box to truly fit in, so I might as well be unapologetically myself and carve out a new space for myself, since there was none there waiting for me. Luckily, I found a lot of really great colleagues who have supported and understood me, and I am incredibly grateful for that. I also think that exposure and encouragement are really important, especially from a young age. Everyone should have a voice and a place at the table.

What influence did the pandemic have on the music industry, especially on classical musicians?

The COVID-19 Crisis has affected everyone adversely, but it has especially disrupted the lives of musicians and performers across the globe. As the Lockdown took hold, the arts were the first thing to go and have been the last thing to return. Many musicians around the world remain isolated and are still largely prohibited from performing — the world stage is eerily silent. There is a deep financial loss for all musicians, but perhaps the greatest loss has been the lack of companionship between friends creating something together. In response to this, The International Horn Project sought to fill this void, and to raise awareness of the plight of all artists during these difficult times. Many musicians are being told that their jobs are not “viable” (especially in the UK) and have been encouraged or forced to seek other means of employment during this new era.

Do you think the work environment will change because of the pandemic?

It already has, and will continue to do so. Classical music has a life-long tradition as an internationally cooperative art form, so the pandemic and the shutting of borders really created a huge challenge for many orchestras (we saw this even earlier, through the complications of Brexit). Many aspects of the field have switched to online platforms, which is good and very adaptive, but live music must be preserved. It becomes much more complicated if we cannot be close to one another, or even in the same room. But that’s the thing about art—it has always had the responsibility of reinventing itself. That is why it endures, and that is what makes it so inspiring, that is what gives it the ability to move the human soul. It has always been like this, and it must be this way, especially in this era.

Do you have an advice for fellow musicians and other artists suffering from the current situation?

First and foremost, I would say not to give up, to stick it out in this fight. From there, anything is possible. Next, define what your art means to you, but really define it. How did you come to practice your art, or how did it first come to you? Why did you continue to do it? What is important to you as a person, as an artist? What do you stand for? What are your strengths and weaknesses? What is your vision, and what do you want to do with your time on this earth? What is standing in your way? Though seemingly-obvious questions, sometimes we have not clearly defined them for ourselves, or we have forgotten some of the more crucial answers. Once you define these pillars, you are much better-equipped to figure out how to achieve your artistic goals. As you work on them, surround yourself with like-minded people who are also doing things with their careers and avoid stale-thinking people. Carve out a space for yourself and your work. That being said, it’s also more than okay not to be okay right now. This is an incredibly challenging era that we’re navigating on all fronts, especially as artists. The good thing is that we have a wonderful community of people to support one another, so don’t be afraid to reach out!

Find out more about Melissa

Here you can support her creating resources for performing artists!

The Ensemble Ultreia will play at the Wiener Konzerthaus on December 8th. Get your tickets here. 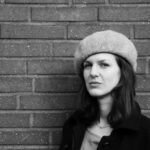