Iran is almost completely cut off from the internet. It is hard to get any news out. The following article was written by Iranians that live in Europe and have used the few remaining channels to get some information out of the country. They want to share their side of the story. We, the editors, want to state that we are aware that in this complicated situation everyone, who is even remotely affected, takes sides. We chose to publish the article as a way to offer a unique perspective on the pressing issues that haunt Iran. For safety reasons the authors will remain anonymous.

Since last Friday November 15th, Iran has been experiencing civil unrest. People in more than 100 cities have hit the streets to protest the recent hike in fuel prices. The protesters have been receiving violent backlash from anti-riot police, resulting in dozens dead, many injured and over a thousand civilians arrested. On Saturday, the national network and internet was completely cut of and many social media platforms stay blocked, disconnecting Iranians from the international community. It is crucial now that we take the lead to speak up and help in sharing the latest updates of what is happening in Iran.

While the increase in gas prices caused the immediate reaction of the public, the current protests are expressing a multitude of issues, some of which have been hurting Iranians for decades. What is important to understand are the socio-political realities which Iranians have been and are grappling with to this day. Those issues have led them to this moment and cause the tension against authorities as well as the current violent police brutality towards protestors.

Though the latest trigger of the uprising is the 50% to 300% hike in fuel prices, the issues run deeper. After President Trump pulled out of the Iran Nuclear Deal in 2017, stronger sanctions have been imposed on Iran which caused a shortage in imported goods, including medicine. The sanctions have had a heavy impact and put more pressure on the people than the Iranian government ever did. In the past two years, prices of products, such as bread, meat, rice and other staples of Iranian families, have risen. In conjunction with the governments mismanagement and refusal to negotiate with the United States, economic downfall forced factories and companies to shut down. These closures also sparked long lasting protests by workers across Iran. For non-Iranians and those living outside of Iran, it is important to understand that a huge part of why Iranians are experiencing economic burden is not only due to the hideous corruption and authoritarian behaviour of the Iranian government, but also the US and EU sanctions, high exchange-rates, isolation, and pressure on Iran which, to reiterate, has only hurt the Iranian people.

This is not the first time that Iranians have spoken up about their demands from the current regime. From the student uprisings in the 90’s to the 2009 election protests, known as the Green Movement, people have shown their dissatisfaction and anger towards civil rights (including women’s rights) and economic issues across the country. But this expression of dissent always came with intense confrontation and conflict with the police, threatening the lives of many politically active people, some of whom are in prison to this date and some who were sadly murdered. Perhaps, one of the biggest reasons why Iranians have waited for so long to occupy the streets in the ways that they are now, is simply based on a deep sense of surveillance and fear.

Update: It has now been 24 hours since #Iran implemented a near-total internet shutdown following hours of partial blackouts amid widespread protests.

What differentiates the current protests from previous ones is the decentralization of political activity from Teheran to all other major cities in Iran. This has made the protestors form a unique unity as heard in one of the chants “don’t be afraid, we are in this together.” Despite the prominent presence of anti-riot police in large numbers and their violence on civilians with tear-gas, baton, stones, and gun fires, the protestors have managed to occupy the streets with mass marches and block roads with parked cars. In a video we see protestors offering flowers to anti-riot police while encouraging them to accept the flowers. This moment is an example of the wish many Iranians share: to keep the situation as peaceful as possible.

The protests in Iran are in some aspects not far from the international uprising for economic reform and against corrupt governments as seen in Hong Kong, Lebanon, Bolivia, Chile, Iraq. As stated in the beginning, because of the internet shutdown, what Iranians need the most is our help in spreading the news with our own communities and keeping everyone informed, especially our representatives and officials. 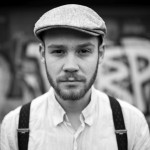 Comitted to the best obtainable version of the truth.